I was in Venice this weekend for a friend's wedding and was lucky enough to accompany the bride and her parents for lunch on the big day, where she ate her last meal as a single woman before being married a few hours later. Natives of the nearby town of Mestre, they knew exactly where to go for a light snack (we had a wedding dress to fit into after all!) amidst the sea of unsavory tourist food and rip-off restaurants that unfortunately make up most of Venice. We wound our way around about two streets parallel to St. Mark's Square and ducked in Rosa Salva. Amazing: not a tourist in sight and honest prices, not to mention sandwiches and fresh baked pastries that were absolutely delicious.
Rosa Salva has an amazing history and has been carried on by six generations since 1870. It all began with Andrea Rosa's innovative concept: a mobile kitchen providing 'on-site banquets' in Venice's palazzi and the villas of the mainland. Well ahead of its time, the idea was a great success and Andrea was increasingly called to Veneto villas along the River Brenta, to which he travelled by horse-drawn barge. In 1879 Antonio Rosa, known as Salva, having inherited the 'traveling trattoria,' became chef to the royal household. Prizes and awards made him famous for his cooking, and especially as a refined pastry chef. 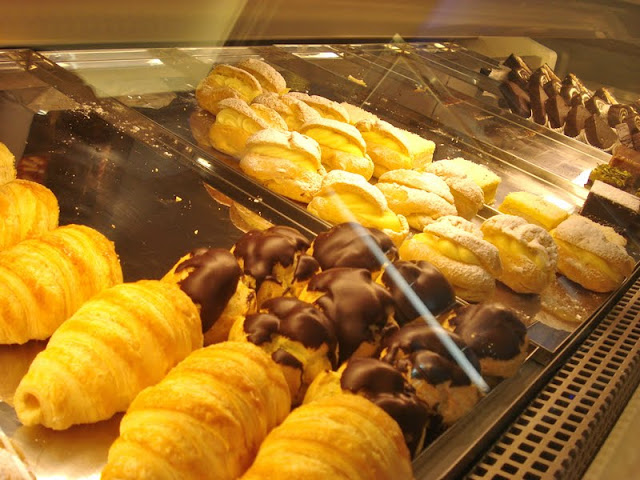 When in Venice, you must stop in for the famous tramezzini, or white bread sandwiches with mayonnaise and lots of fun fillings, such as prosciutto and egg, vegetables, anchovies, shrimp or tuna, for example. There are also many other traditional sandwiches, all freshly made on the premises. There is plenty of space to sit and enjoy your lunch or even to stand up at the bar. After a few tramezzini, return to the pastry counter and go wild. It will be impossible to choose just one, so try several different kinds. I had a tiramisu that was heaven in a cup. You can even buy Rosa Salva products to take home to friends and family. I stocked up on many bags of the famous buranelli cookies, made famous on the nearby island of Burano. Do yourself a favor and seek out this non-tourist gem next time you are in the City of Masks. 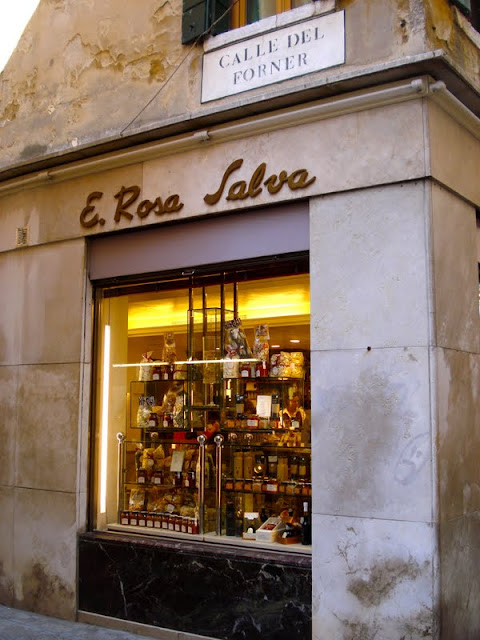