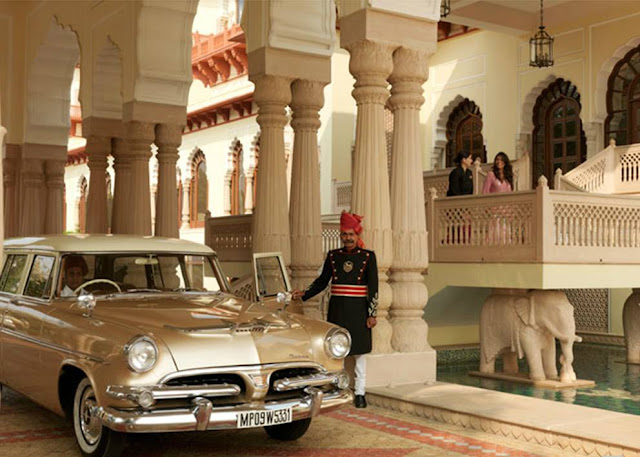 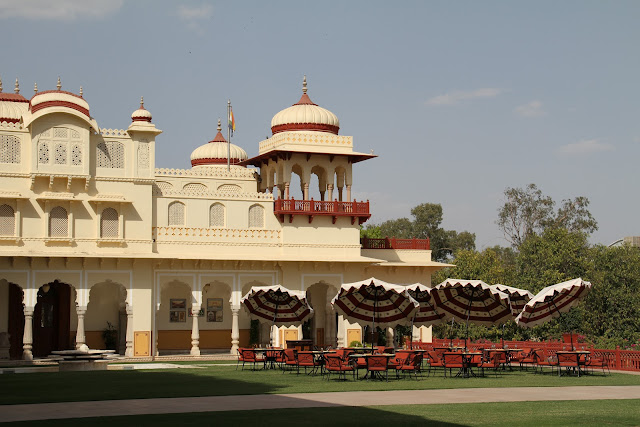 During my Easter break I was lucky enough to attend a magnificent wedding of two dear friends that took place in Jaipur at the Rambagh Palace. I had been to this beautiful property exactly 18 years ago on another trip to India, and I was happy to see that, since it is now part of the Taj Group, the hotel has been renovated and maintained to perfection. 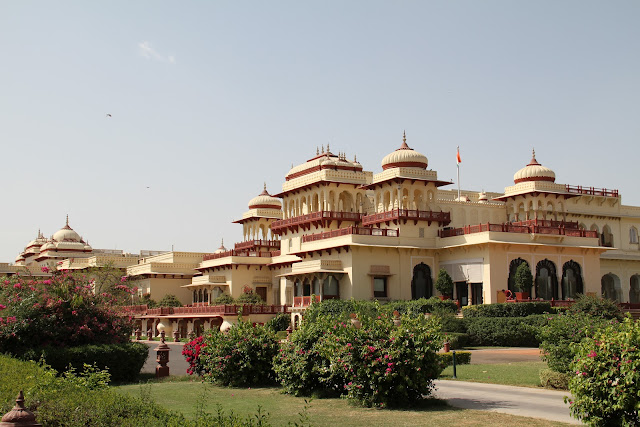 This stunning palace used to be the residence of the last Maharaja of Jaipur and his third wife, Gayatri Devi, until India’s independence in 1947 and the former Maharani lived in a cottage in the property until 2009, when she died at the age of 90. She was a style icon of the Thirties and named one of the ten most beautiful women in the world by Vogue, lived a fascinating lifestyle travelling between India and England and hosting in her magnificent residences Queen Elizabeth and Prince Philip, John and Jaqueline Kennedy, among others. You can buy her autobiography “A Princess Remembers” at the book store on the first floor of the hotel. 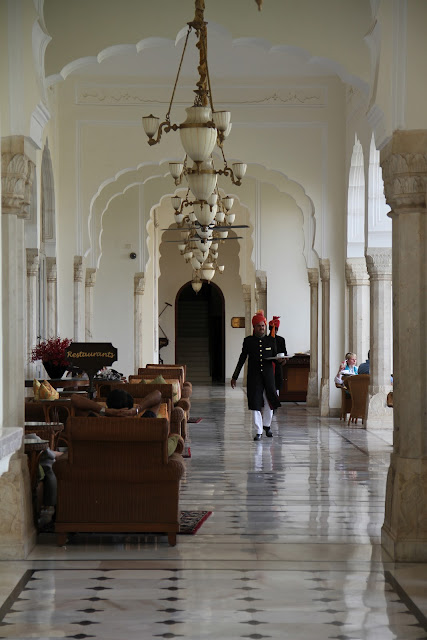 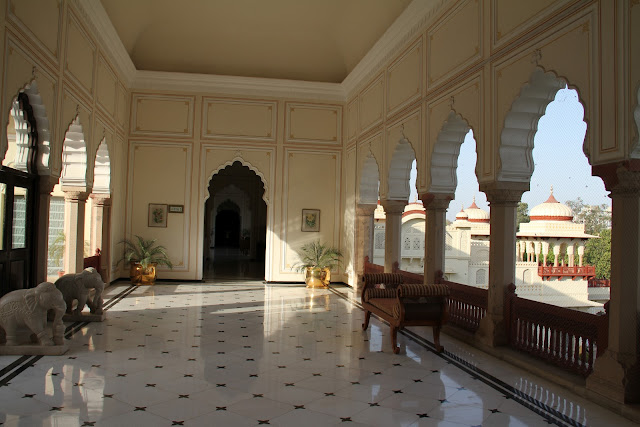 The suites are mostly left as they were, including the Maharani Suite; we stayed in the Lord Mountbatten Suite (last viceroy of India and cousin of Queen Elizabeth), while the west wing (mainly palace rooms) has been renovated keeping the original style.

The grounds, with its manicured lawns and beautiful peacocks, are extensive and infuse a sense of relaxation and tranquillity in juxtaposition to the chaos of the city outside the gate. Ask the hotel staff to tour the property in one of the antique cars once owned by the Maharaja as it is a breathtaking experience. 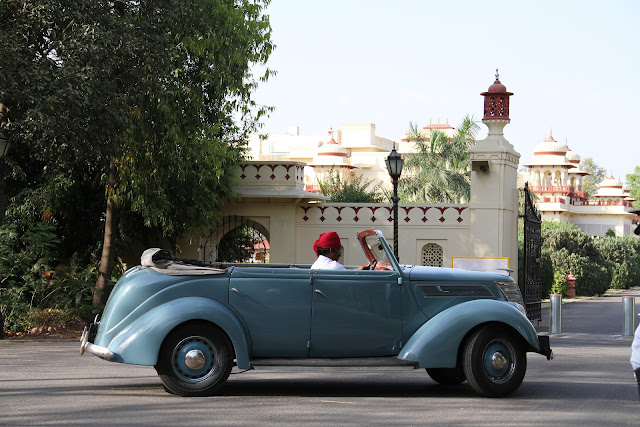 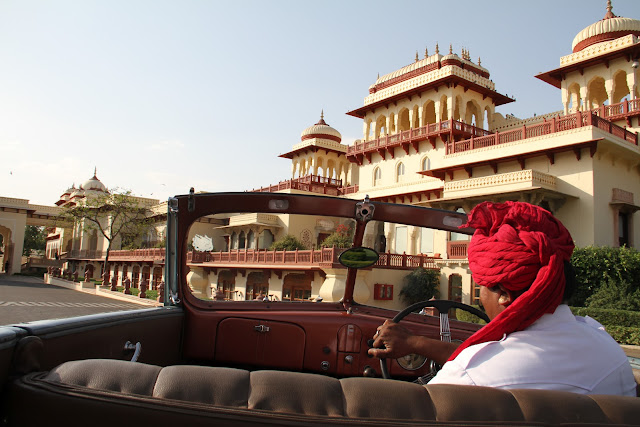 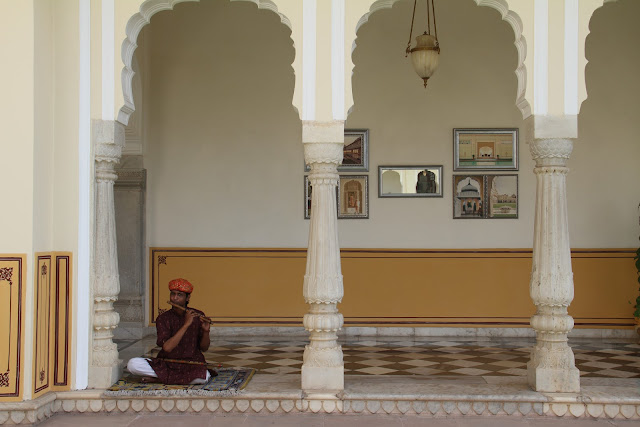 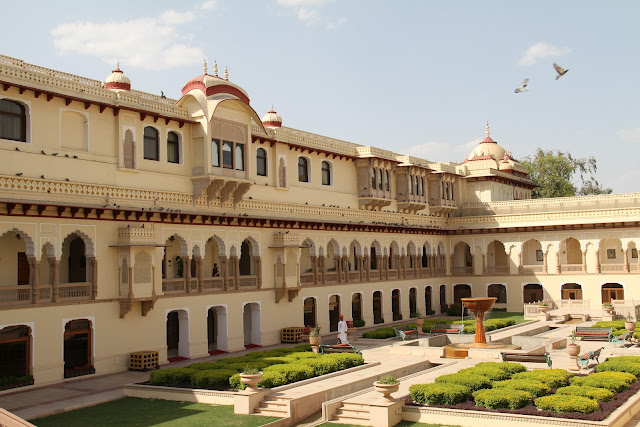 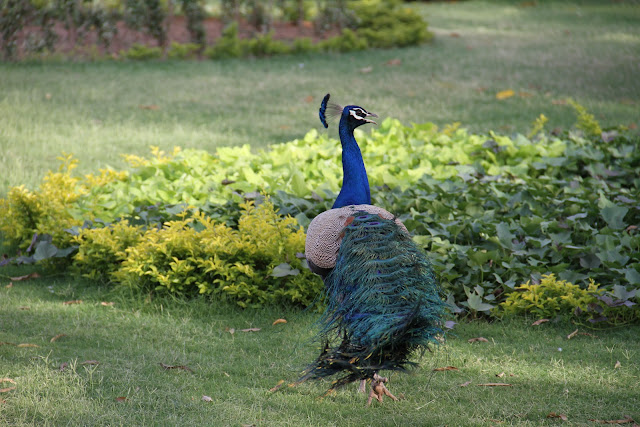 The spa and the swimming pool (outdoor and indoor) are located in a secluded area just across the front lawn, but unfortunately, given our limited time, I was not able to try the ayurveda treatments for which India is so famous. 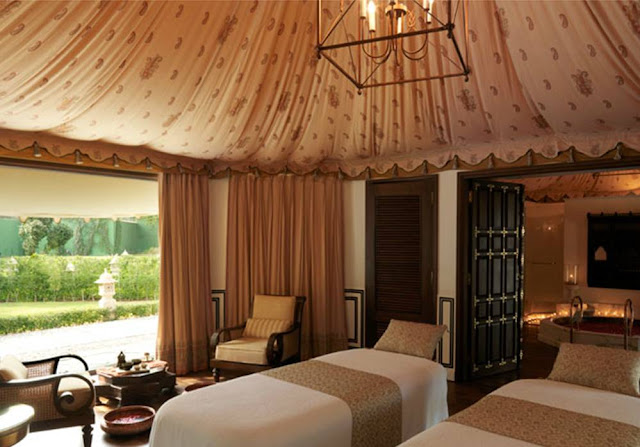 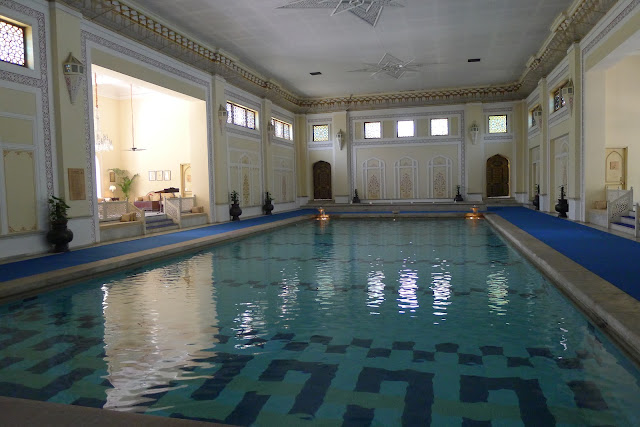 Polo was the favorite sport of the Maharaja and the hotel still has a polo field. We attended an interesting elephant polo match held at night. 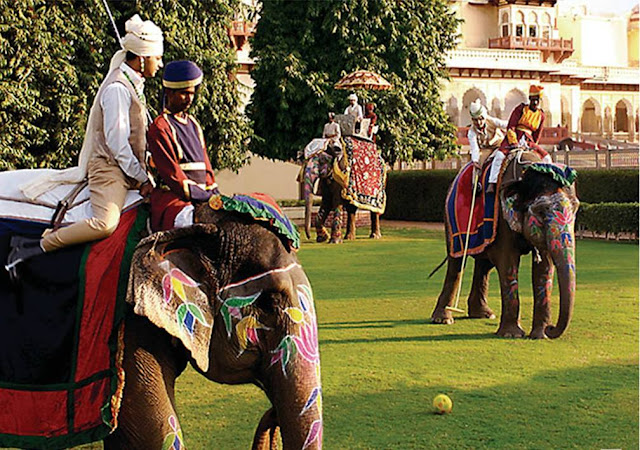 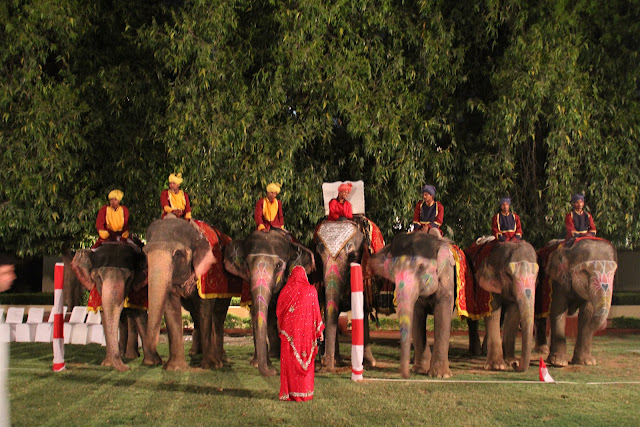 I did have a good look at the hotel shops, which offer a selection of the best merchandise (pashminas, traditional embroidered kaftans, also known as kurta, sandalwood statues of the most loved Indian gods such as Ganesh, etc), although a bit pricey compared to outside bazaars, but the quality is very good. The famous Gem Palace (also visited by Lady Diana during her trip to India) has a branch inside the hotel (although its original location within the old town walls has more charm) and sells the exquisite gems and jewellery for which Jaipur is so well known. 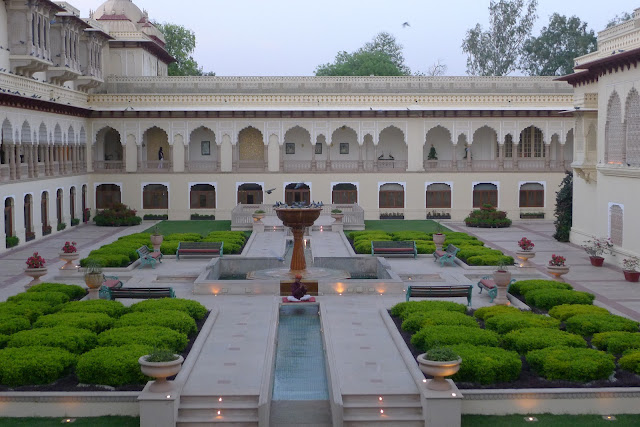 The staff is both attentive and caring and I can honestly say that this is one of the few hotels in the world where I never actually opened a door, as there is always someone else doing it for you. A stay in this heritage hotel is a truly magical experience that allows you to live the lifestyle of the Maharajas.
Pin It
Posted by Alexandra D. Foster at 1:40 AM